WARNING: THIS PRODUCT CONTAINS TOBACCO-FREE NICOTINE. NICOTINE IS AN ADDICTIVE CHEMICAL. THIS PRODUCT IS NOT DERIVED FROM TOBACCO.

Access Denied
IMPORTANT! If you’re a store owner, please make sure you have Customer accounts enabled in your Store Admin, as you have customer based locks set up with EasyLockdown app. Enable Customer Accounts 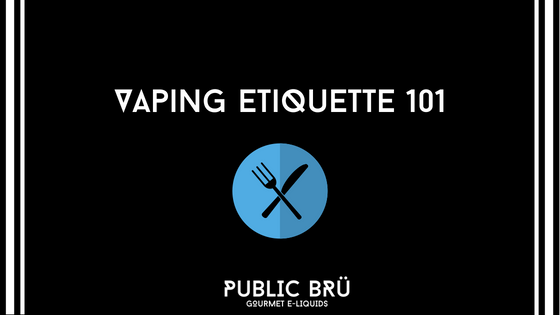 Vaping is rapidly expanding around the world as a popular alternative to traditional cigarettes. While vapers understand the difference between cigarettes and vaporizers (or smoke vs. vapor), many other people don’t. Most vapers do the right thing, but just a few vapers doing the wrong things can quickly and easily turn public perception against vapor.

Most people don’t see someone vaping and assume that the secondhand vapor is relatively harmless and poses no serious health risks. All they see is a large cloud of vapor that smells like bubblegum coming towards them. For decades now, people have been exposed to very serious and public anti-smoking messages in the media. Secondhand smoke, cancer, and other health concerns are constantly drummed into people. You can’t blame them for being hesitant (or ignorant) about a newer product that looks like cigarettes and shares similarities with smoking - primarily the inclusion of nicotine as an ingredient in vape juice or e-liquid.


There are some simple vaping etiquette rules that all vapers can follow which will help to ease everyone’s mind and ensure that we can all vape to our heart's content!

Use this popup to embed a mailing list sign up form. Alternatively use it as a simple call to action with a link to a product or a page.

By entering this website, you certify that you are of legal smoking age in the state in which you reside.

THE PRODUCTS ON THIS WEBSITE ARE INTENDED FOR ADULTS ONLY.

Your cart is currently empty.